In the fall I hunt elk with my faithful companion Boss. Boss is a nice guy, he has achieved a lot. He is an extraordinary dog! During the autumn 2009 I shot 2 calves for him. He has also proven to be a good track hound. Together we found a 12-tined autumn 2009. This autumn 2011, we have been shooting several mooses for Boss.  Every year Boss has got one or several mooses. Autum 2014 the team shot a 10- tined for him. Boss became 11 years in December 2016 and we got several mooses for him during the hunting season in 2016.

Agona was a very good dog, especially as  track hound. We have tracked together many many times, both elks which have been shot at and also those who been injured by traffic accidents! She is no longer with us after disease. Totally I have shot 18 elks the largest a 10-tined in September 2007.

Some pics of our Elkhounds and from the hunting. 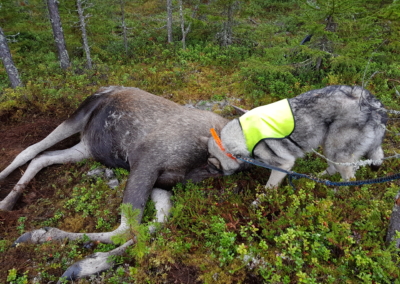 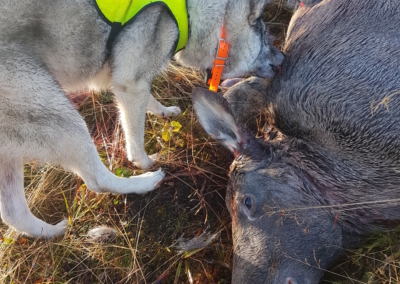 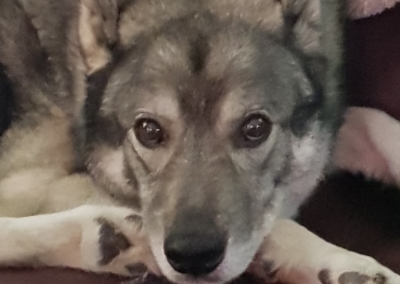 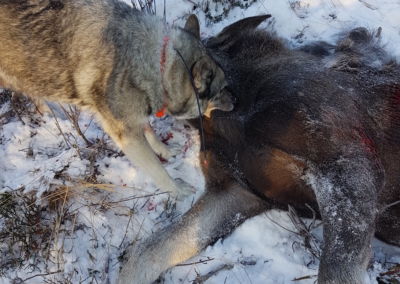 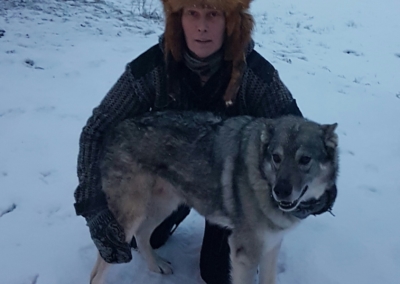 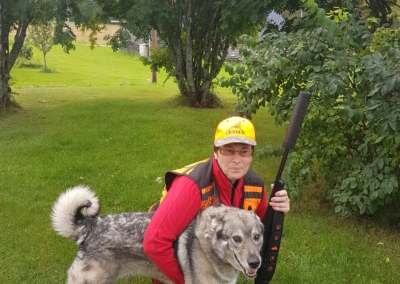 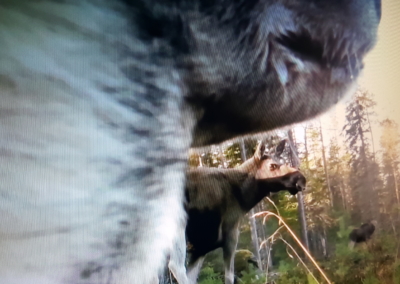 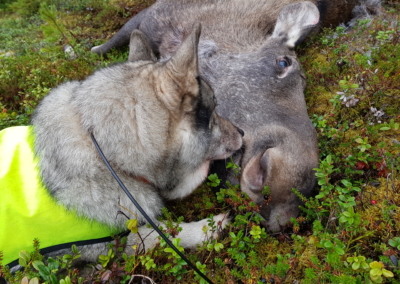 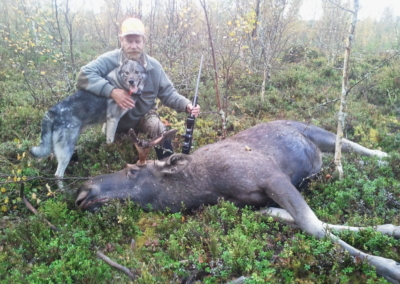 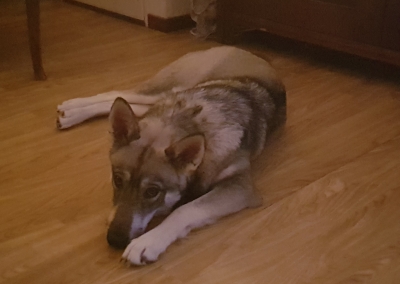 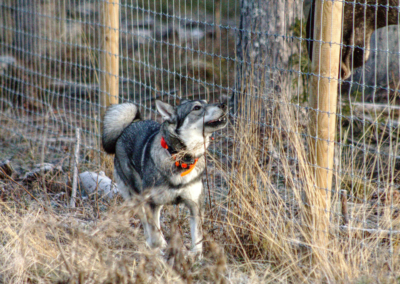 With our highly qualified sled dogs guides and well-trained friendly dogs - Alaskan Husky - we respond to a high quality and unforgettable nature experience.

Booking request
Contact us
We use cookies on our website to give you the most relevant experience by remembering your preferences and repeat visits. By clicking “Accept All”, you consent to the use of ALL the cookies. However, you may visit "Cookie Settings" to provide a controlled consent.
Cookie SettingsAccept All
Manage consent

This website uses cookies to improve your experience while you navigate through the website. Out of these, the cookies that are categorized as necessary are stored on your browser as they are essential for the working of basic functionalities of the website. We also use third-party cookies that help us analyze and understand how you use this website. These cookies will be stored in your browser only with your consent. You also have the option to opt-out of these cookies. But opting out of some of these cookies may affect your browsing experience.
Necessary Always Enabled
Necessary cookies are absolutely essential for the website to function properly. These cookies ensure basic functionalities and security features of the website, anonymously.
Functional
Functional cookies help to perform certain functionalities like sharing the content of the website on social media platforms, collect feedbacks, and other third-party features.
Performance
Performance cookies are used to understand and analyze the key performance indexes of the website which helps in delivering a better user experience for the visitors.
Analytics
Analytical cookies are used to understand how visitors interact with the website. These cookies help provide information on metrics the number of visitors, bounce rate, traffic source, etc.
Advertisement
Advertisement cookies are used to provide visitors with relevant ads and marketing campaigns. These cookies track visitors across websites and collect information to provide customized ads.
Others
Other uncategorized cookies are those that are being analyzed and have not been classified into a category as yet.
SAVE & ACCEPT